These chewy homemade brownies are stuffed with delicious Nutella. Made in one bowl with no mixer needed, these Nutella brownies are dangerously easy to make!

This post may contain affiliate links. For more information, see my Full Disclosure.

I’ll get straight to the point. I am so excited to share this recipe with you all! A recipe with the word “Nutella” in is bound to be good, because who doesn’t like Nutella, right? (well my partner actually, but he’s obviously from another planet). But Nutella brownies? I knew I had to make this recipe!

I started with my Chewy Homemade Brownies recipe as a base to work from. My first attempt involved replacing some butter and all of the melted chocolate for Nutella. I left the cocoa powder out too.

However, I realised that adding Nutella to brownies wasn’t so simple. Nutella’s consistency is thicker than melted butter and chocolate. I ended up with some cakey, dry brownies. The worst, right?

My final batch contained a lot more butter, less flour, no cocoa powder and all caster sugar. Oh, and more Nutella! The result? Well, see for yourself:

This final batch of brownies were so chewy and fudgy, with so much more Nutella flavour. I was so excited taking my first bite, I squeeled!

Don’t get me wrong, I love my Peanut Butter Brownies and Banoffee Brownies, but I think this Nutella brownies recipe is my new favourite!

Full amounts and recipe instructions are at the bottom of this post, but here is a summary. These simple Nutella brownies contain just 6 ingredients:

How to make Nutella Brownies from scratch

As with many brownie recipes, these Nutella brownies are very quick and simple to make. You don’t even need an electric mixer for this recipe, just a whisk and spatula.

Also, all the ingredients are added to the same large bowl so there is limited washing up!

Here’s a summary of the method:

This recipe doesn’t contain cocoa powder or vanilla extract as I really didn’t want to risk toning down the Nutella flavour. I wanted that to be the predominant flavour.

300g of Nutella is used for the brownie batter, and a further 50g is used for the Nutella swirl on top. So don’t worry Nutella lovers, the delicious hazelnut flavour definitely stands out in these brownies!

I chose not to add chocolate chips to this recipe as in my Chewy Homemade Brownies recipe. This is because I wanted the full impact of the chewy Nutella filling without chocolate chips interfering. I was worried they would take away from the Nutella flavour!

However, you can absolutely add chocolate chips if you wish. I’d recommend using around 100g. Or maybe some hazelnuts to really increase the flavour and add texture!

How do I know when brownies are done?

Inserting a skewer into the centre of the brownies is a good way to check if they’re baked. However, unlike other cake recipes that suggest the skewer should come out clean, with brownies it’s better for it to come out almost clean, with just a few moist crumbs.

Why are my brownies underbaked?

This can happen for a few reasons. Your oven temperature may be too low, meaning they’ll need longer in the oven to bake through. To prevent this and feel more confident in your bake times, I highly recommend using an oven thermometer. They are cheap and are a must for bakers, as temperature differences can make or break some bakes!

Another cause could be using the wrong sized pan. If you use a pan which is smaller than suggested, the brownies will be thicker meaning they’ll need longer in the oven. Check every 5 minutes after 25 minutes using the skewer technique.

Conversely, overbaked brownies can occur if your oven temperature is too hot, or if your pan is too large, as the mixture will be thinner so they’ll bake through quicker.

Do I have to wait for brownies to cool before cutting?

Yes, I highly recommend this as they set more firmly as they cool. If you cut into them while they’re still warm, you won’t get a clean slice and it’ll be too soft to handle. It’s difficult but have patience!

How long will brownies stay fresh?

As brownies tend to be more moist than other types of cake, they stay fresher a little longer. Brownies can keep for up to a week, but I’d say they’re at their best the first 3-4 days.

Should I keep brownies in the fridge?

No, they are best kept at room temperature in an airtight container. The fridge will dry cake out more quickly.

Can you freeze brownies?

Yes, just wrap them in film and store in an airtight container. They’ll keep well for around 6 months.

So, in summary, these delicious Nutella brownies are:

If you try this recipe I’d love to see! You can show me by tagging me @bakerjoblog or using #bakerjoblog!

Other traybake recipes to try:

Other chocolate recipes to try:

Other cake recipes to try: 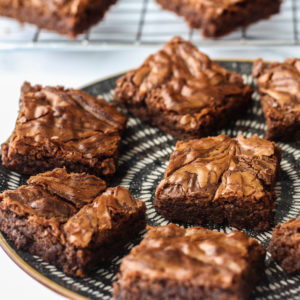 Other recipes to try 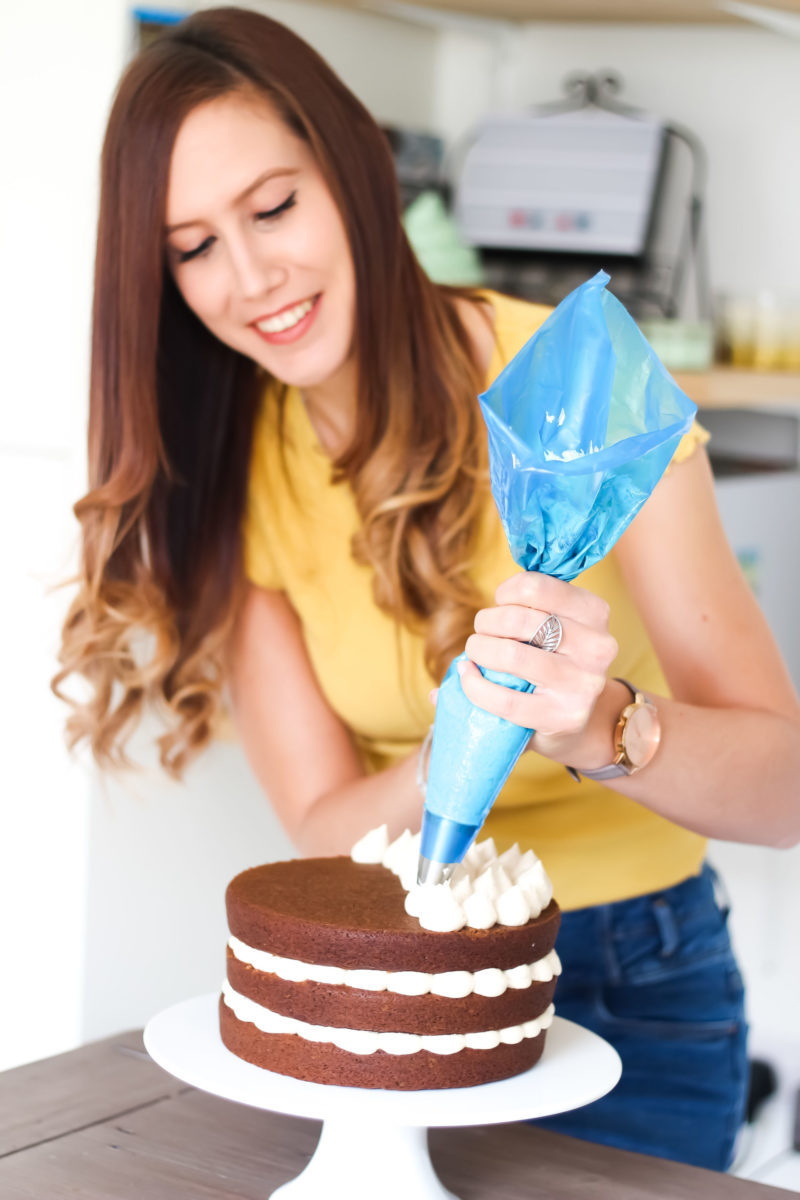 Hi! I'm Jo, a self-taught home baker from South Wales, UK. I work as an Optometrist full time but try to fit baking into my life wherever possible.

Here at Baker Jo I will share all of my recipes that I've personally tested and developed, to hopefully encourage you to join me on my baking journey!